America is still a young country in world history. Some countries have been around for 1,000 years or more. Yet it has been here long enough that there are plenty of interesting stories in American history. America, in which I included the United States and Canada, has many exciting characters from the time of its discovery, to its settlement, to advancing the frontier and more.

In the true stories below, you will explore some of the interesting stories in American history. You will learn about how Kit Carson defended a minister and faced down a bully, how the brilliant plan of a young girl and her friends saved their town from invasion, and who could forget the story of Johnny Appleseed? You will wonder about the fate of the lost exiles of Texas, read the autobiographical account of a man captured by Indians, and learn of the jealousy between General Charles Lee and General Washington in the Revolutionary War. 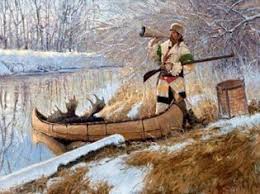 So join us on this adventure of discovery as we look at different incidents in the rich unfolding of our destiny. It has not been a smooth road. It has been paved with heroes, villains, and all sorts of people. Our rich heritage comes from the fact that we have welcomed people of all kinds of ethnic backgrounds, and yet there have also been strong prejudices and hatred that have been battled. Don’t be in a rush. This site isn’t going anywhere. Come back often to read more stories. Don’t forget to recommend us to your friends.

I have not put these interesting stories in American history in any particular order. I hope you will enjoy these short stories about American history. [If you are interested in a historical novel about a time when California was still in Mexican hands, check out In The Hands Of The Cave Dwellers on our free PDF download page.]. Keep in mind, as you read these short stories about American history, that most of them were written over 70 years ago and so may not have the ‘politically correct’ words and views of today’s society. They do reflect the thoughts and feelings of the people living in those times. If we are to understand the people and their times, we have to look through their eyes - whether we agree with their perspectives or not.

The Canoe Fight or The Smallest Navel Battle

The Battle Of Lake Borgne

The Story Of The Negro Fort

How The Partisan Warfare In The Carolinas Was Begun

Charge Of The Hounds or An Incident In The Creek War

The Trick Of An Indian Spy

Jean Lafitte And The Messenger

Rebecca The Drummer Saves Her Town

The Man In The 'Auger Hole'

A White Boy Among Indians

The True Story Of A Kidnapped Boy Told By Himself

The Lost Exiles Of Texas