The Story Of The Negro Fort

During the war of 1812-14, between Great Britain and the United States, the weak Spanish Governor of Florida--for Florida was then Spanish territory--permitted the British to make Pensacola their base of operations against us. This was a gross outrage, as we were at peace with Spain at the time, and General Jackson, acting on his own responsibility, invaded Florida in retaliation.

Among the British at that time was an eccentric Irish officer, Colonel Edward Nichols, who enlisted and tried to make soldiers of a large number of the Seminole Indians. In 1815, after the war was over, Colonel Nichols again visited the Seminoles, who were disposed to be hostile to the United States, as Colonel Nichols himself was, and made an astonishing treaty with them, in which an alliance, offensive and defensive, between Great Britain and the Seminoles, was agreed upon. We had made peace with Great Britain a few months before, and yet this ridiculous Irish colonel signed a treaty binding Great Britain to fight us whenever the Seminoles in the Spanish territory of Florida should see fit to make a war!

Taking Over The Fort 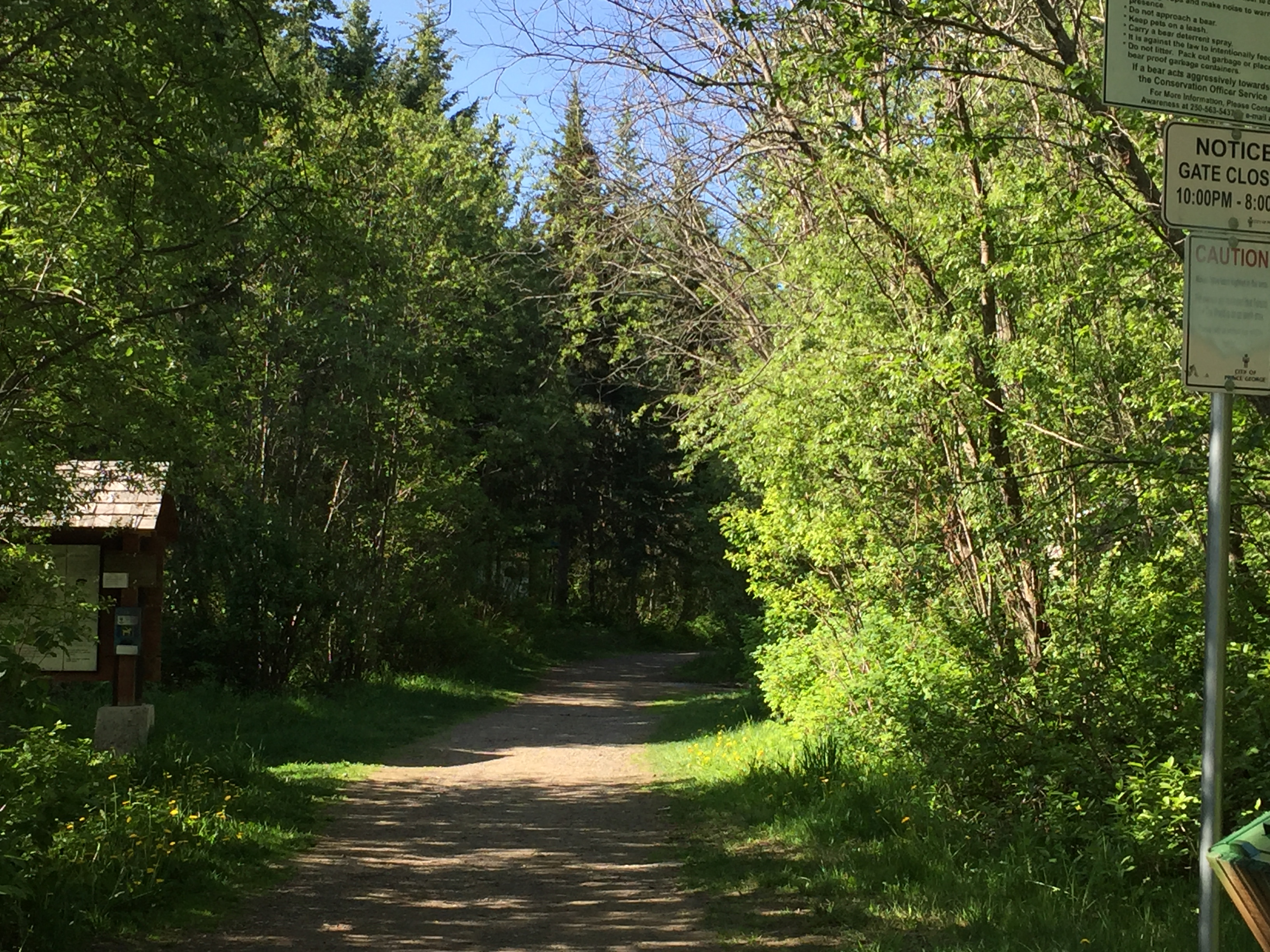 If this extraordinary performance had been all, it would not have mattered so much, for the British government refused to ratify the treaty; but it was not all. Colonel Nichols, as if determined to give us as much trouble as he could, built a strong fortress on the Appalachicola River, and gave it to his friends the Seminoles, naming it "The British Post on the Appalachicola," where the British had not the least right to have any post whatever. Situated on a high bluff, with flanks securely guarded by the river on one side and a swamp on the other, this fort, properly defended, was capable of resisting the assaults of almost any force that could approach it; and Colonel Nichols was determined that it should be properly defended, and should be a constant menace and source of danger to the United States. He armed it with one 32-pounder cannon, three 24-pounders, and eight other guns. In the matter of small-arms he was even more liberal. He supplied the fort with 2500 muskets, 500 carbines, 400 pistols, and 500 swords. In the magazines he stored 300 quarter casks of rifle powder and 763 barrels of ordinary gunpowder.

When Colonel Nichols went away, his Seminoles soon wandered off, leaving the fort without a garrison. This gave an opportunity to a negro bandit and desperado named Garcon to seize the place, which he did, gathering about him a large band of runaway negroes, Choctaw Indians, and other lawless persons, whom he organized into a strong company of robbers. Garcon made the fort his stronghold, and began to plunder the country round about as thoroughly as any robber baron or Italian bandit ever did, sometimes venturing across the border into the United States.

Trying To Re-Take The Fort

All this was so annoying and so threatening to our frontier settlements in Georgia, that General Jackson demanded of the Spanish authorities that they should reduce the place; and they would have been glad enough to do so, probably, if it had been possible, because the banditti plundered Spanish as well as other settlements. But the Spanish governor had no force at command, and could do nothing, and so the fort remained, a standing menace to the American borders.

Matters were in this position in the spring of 1816, when General Gaines was sent to fortify our frontier at the point where the Chattahoochee and Flint rivers unite to form the Appalachicola. In June of that year some stores for General Gaines's forces were sent by sea from New Orleans. The vessels carrying them were to go up the Appalachicola, and General Gaines was not sure that the little fleet would be permitted to pass the robbers' stronghold, which had come to be called the Negro Fort. Accordingly, he sent Colonel Clinch with a small force down the river, to render any assistance that might be necessary. On the way Colonel Clinch was joined by a band of Seminoles, who wanted to recapture the fort on their own account, and the two bodies determined to act together.

Meantime the two schooners with supplies and the two gun-boats sent to guard them had arrived at the mouth of the river; and when the commandant tried to hold a conference with Garcon, the ship's boat, bearing a white flag, was fired upon.

Running short of water while lying off the river's mouth, the officers of the fleet sent out a boat to procure a supply. This boat was armed with a swivel and muskets, and was commanded by Midshipman Luffborough. The boat went into the mouth of the river, and, seeing a negro on shore, Midshipman Luffborough landed to ask for fresh-water supplies. Garcon, with some of his men, lay in ambush at the spot, and while the officer talked with the negro the concealed men fired upon the boat, killing Luffborough and two of his men. One man got away by swimming, and was picked up by the fleet; two others were taken prisoners, and, as was afterwards learned, Garcon coated them with tar and burned them to death.

It would not do to send more boats ashore, and so the little squadron lay together awaiting orders from Colonel Clinch. That officer, as he approached the fort, captured a negro, who wore a white man's scalp at his belt, and from him he learned of the massacre of Luffborough's party. There was no further occasion for doubt as to what was to be done. Colonel Clinch determined to reduce the fort at any cost, although the operation promised to be a very difficult one.

Placing his men in line of battle, he sent a courier to the fleet, ordering the gun-boats to come up and help in the attack. The Seminoles made many demonstrations against the works, and the negroes replied with their cannon. Garcon had raised his flags--a red one and a British Union-jack--and whenever he caught sight of the Indians or the Americans, he shelled them vigorously with his 32-pounder.

Three or four days were passed in this way, while the gun-boats were slowly making their way up the river. It was Colonel Clinch's purpose to have the gun-boats shell the fort, while he should storm it on the land side. The work promised to be bloody, and it was necessary to bring all the available force to bear at once. There were no siege-guns at hand, or anywhere within reach, and the only way to reduce the fort was for the small force of soldiers--numbering only one hundred and sixteen men--to rush upon it, receiving the fire of its heavy artillery, and climb over its parapets in the face of a murderous fire of small-arms.

Garcon had with him three hundred and thirty-four men, so that, besides having strong defensive works and an abundant supply of large cannon, his force outnumbered Colonel Clinch's nearly three to one. It is true that the American officer had the band of Seminoles with him, but they were entirely worthless for determined work of the kind that the soldiers had to do. Even while lying in the woods at a distance, waiting for the gun-boats to come up, the Indians became utterly demoralized under the fire of Garcon's 32-pounder. There was nothing to be done, however, by way of improving the prospect, which was certainly hopeless enough. One hundred and sixteen soldiers had the Negro Fort to storm, notwithstanding its strength and the overwhelming force that defended it. But those one hundred and sixteen men were American soldiers, under command of a brave and resolute officer, who had made up his mind that the fort could be taken, and they were prepared to follow their leader up to the muzzle of the guns and over the ramparts, there to fight the question out in a hand-to-hand struggle with the desperadoes inside.

Finally the gun-boats arrived, and preparations were made for the attack. Sailing-master Jairus Loomis, the commandant of the little fleet, cast his anchors under the guns of the Negro Fort at five o'clock in the morning on the 27th of July, 1816. The fort at once opened fire, and it seemed impossible for the little vessels to endure the storm of shot and shell that rained upon them from the ramparts above. They replied vigorously, however, but with no effect. Their guns were too small to make any impression upon the heavy earthen walls of the fortress.

Sailing-master Loomis had roused his ship's cook early that morning, and had given him a strange breakfast to cook. He had ordered him to make all the fire he could in his galley, and to fill the fire with cannon-balls. Not long after the bombardment began the cook reported that breakfast was ready; that is to say, that the cannon-balls were red-hot. Loomis trained one of his guns with his own hands so that its shot should fall within the fort, instead of burying itself in the ramparts, and this gun was at once loaded with a red-hot shot. The word was given, the match applied, and the glowing missile sped on its way. A few seconds later the earth shook and quivered, a deafening roar stunned the sailors, and a vast cloud of smoke filled the air, shutting out the sun.

The hot shot had fallen into the great magazine, where there were hundreds of barrels of gunpowder, and the Negro Fort was no more. It had been literally blown to atoms in a second.

The slaughter was frightful. There were, as we know already, three hundred and thirty-four men in the fort, and two hundred and seventy of them were killed outright by the explosion. All the rest, except three men who miraculously escaped injury, were wounded, most of them so badly that they died soon afterwards.

One of the three men who escaped the explosion unhurt was Garcon himself. Bad as this bandit chief was, Colonel Clinch would have spared his life, but it happened that he fell into the hands of the sailors from the gun-boat; and when they learned that Garcon had tarred and burned their comrades whom he had captured in the attack on Luffborough's boat, they turned him over to the infuriated Seminoles, who put him to death in their own cruel way.

This is the history of a strange affair, which at one time promised to give the government of the United States no little trouble, even threatening to involve us in a war with Spain, for the fort was on Spanish territory, and the Spaniards naturally resented an invasion of their soil.