Free books!  Who doesn't like free things?  We all like to read, but a limited budget can curb intense desire.  On this page, you can download books for free in PDF.  You can have them instantly on your phone or computer to enjoy.  Help yourself to as many as you like.  Our list is starting small, but we will be adding to it, so bookmark us and check back often. 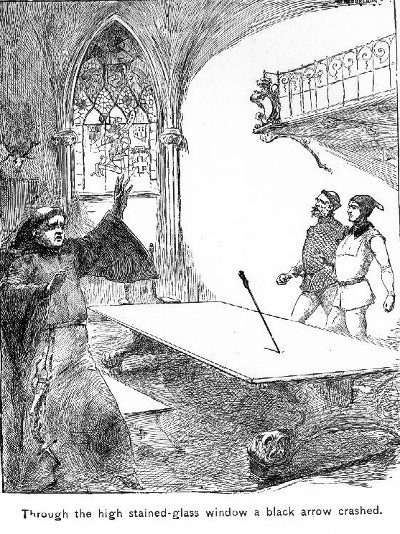 At the moment, most of the download books for free in PDF on this page are in the Public Domain, although some are published with the author's permission.  For example, take Robert Louis Stevenson's The Black Arrow a story of adventure and betrayal and, yes, even some romance.  If you have been thrilled by the excitement of Treasure Island, I think you will find The Black Arrow even more enjoyable.  Mr. Stevenson uses the old English of the period in which the novel is set.  I found this difficult when reading aloud to students, so I did a version where I replaced most of the old English with more modern English.  Both versions are available as free PDF downloads here.

Consider The Messiah Of The Cylinder, a little-known book by Victor Rousseau.  I was amazed, when I read it, at the concepts in this 1917 book which are now taken for granted in science fiction and dystopian novels.  Mr. Rousseau wrote this book partly to oppose his famous contemporary H.G. Well's book, When The Sleeper Wakes.  This book is considered to have inspired C.S. Lewis when he wrote his science fiction trilogy.

Of course, Agatha Christie, the queen of mystery, needs no introduction.  George MacDonald's works are known to have inspired writers such as C.S. Lewis and J.R.R. Tolkien.  G. A. Henty wrote about 100 adventure books for boys, which are rich in historical detail.

All these and more to come are yours for the taking...

In the Non-Fiction section, be sure to check out C.S. Lewis' Surprised By Joy as he tells about his conversion from atheism to Christianity.  And don't forget his timeless classic Mere Christianity.  For a serious study, take a look at Sex And Culture written in 1934 by J.D. Unwin.  He takes a detailed look at how many different cultures around the world and throughout history viewed sex and how that impacted their society for better or worse.  Alfred Edershiem is considered one of the greatest experts on Jewish life during the time of Christ.

Copyright note:  To the best of my knowledge, the books below are in the Public Domain in Canada [or I have the author's permission].  Canadian copyright law states: "Please be advised, as of December 30, 2022 , the general term of copyright protection in Canada changes from 50 to 70 years after the death of the author. This change does not affect works that are already in the public domain."  Some of the books below were considered in Public Domain before this change and, in my understanding, remain in Public Domain.  If you do not live in Canada, you may want to check the copyright laws of your nation.

A note to currently published authors:  If you have a book [perhaps an older one or the first in a series] that you would be willing to give away as a downloadable PDF book, contact me.  This could introduce you and your writing to new readers!

Dixon, Franklin W. - The Hardy Boys Mysteries - The House On The Cliff,

Henty, G.A. - In The Hands Of The Cave Dwellers - The Boy Knight: A Tale Of The Crusades - With Wolfe In Canada - For The Temple: A Tale Of The Fall Of Jerusalem - 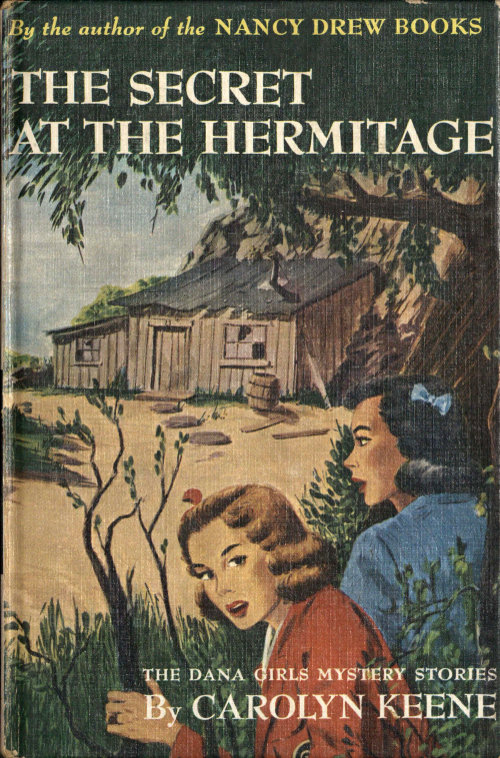 Keene, Carolyn - The Dana Girls Mysteries: By The Lamp Of The Study, The Secret At Lone Tree Cottage, In The Shadow Of The Tower, A Three-Cornered Mystery, The Secret Of The Hermitage,

Christie, Agatha - The Secret Adversary - The Mysterious Affair At Styles

Rousseau, Victor - [Review] / The Master Of The Cylinder

Davis, Glenn - How To Know For Sure God Loves You

Davis, LeRoy - The Kingdom Of God And Civil Government - The Greatest Week In History

McGuinness, George - The Time, Tales, Trials, And Triumph Of The Covenanters

Taylor, J. Hudson - Union And Communion: A Look At The Song of Solomon

Edershiem, Alfred - The Life And Times Of Jesus The Messiah Vol. 1 - Vol. 2 - Sketches Of Jewish Social Life In The Days Of Christ - The Temple: Its Ministry And Services At The Time Of Christ

Other places you can find books to download for free.