George Macdonald is considered the founder of the modern fantasy genre. His works inspired such famous writers as C.S. Lewis, Madeleine L’Engle, and J.R.R Tolkien. C.S. Lewis featured him as a character in his book, The Great Divorce.

During his life, George MacDonald was friends with people such as Walt Whitman, Henry Longfellow, Mark Twain and Lewis Carrol. In fact, the positive response of his children to Lewis Carrol’s story was part of the reason he encouraged his friend to publish Alice In Wonderland.

George Macdonald was born in 1824 and died in 1905, yet many of his stories live on. He began working life as a minister, but his messages of the love and grace of God [which may have leaned toward unversalism] were not well received. The church did not fire him. Instead, they cut his salary in half when he was getting married and wanting to start a family. This forced his resignation. 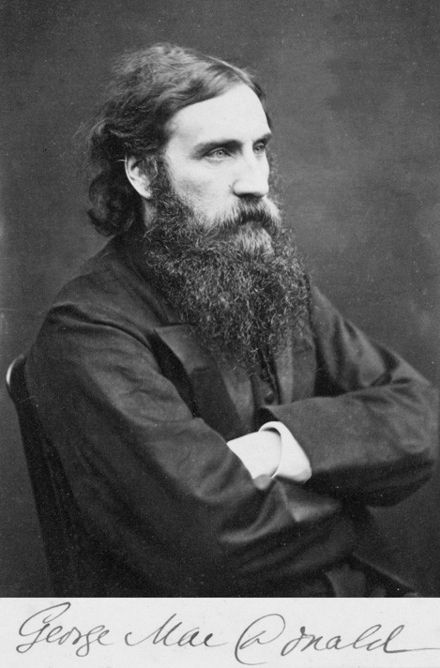 Loving books and stories, he turned to writing to support himself and his family. His first novel was published in 1863.

It was in Hastings, England, that this Scotsman began working on his first fairy story, which also became the first fantasy novel of the modern era, Phantastes. Modern readers may find its long paragraphs and rich descriptions a little difficult, but it was immensely popular at the time. Some have even compared it to the ‘Harry Potter’ of the 1800s. It was a foundational work in the genre with its theme of transformation and self-sacrifice. The lead character wants to be a knight, and in Fairy Land, he learns what it really means to be a Knight.

"I write, not for children, but for the child-like, whether they be of five, or fifty, or seventy-five.” George MacDonald

George MacDonald believed that the imagination was not opposed to reason and logic but was, in fact, a way of deep thinking. His fantasy stories are rich in symbolism, and he is not afraid to use female role models. The Golden Key is considered his best fairy tale and is mentioned explicitly by J.R.R. Tolkien, although The Princess And The Goblin [1872] and The Princess And Curdie [1873] are probably more famous.

Novels for adults and theology are other types of writing George Macdonald engaged in.  Many of these are still available.

Some of his books are available on our free PDF books download page.