The first English settlement in America that came to anything was made in the most absurd way possible. A great company of London merchants set about the work of planting an English colony in Virginia, and they were very much in earnest about it too; but if they had been as anxious to have the scheme fail as they were to make it succeed, they could hardly have done worse for it than they did in some respects.

They knew that the colonists must have something to eat and must defend themselves against the Indians, and so it ought to have been plain to them that the first men sent out must be stout farmers, who could cut down trees, plough the ground, raise food enough for the people to eat, and handle guns well, if need be. The work to be done was that of farmers, wood-choppers, and men who could make a living for themselves in a new country, and common-sense ought to have led the London Company to send out nobody but men of that kind to make the first settlement. Then, after those men had cleared some land, built some houses, and raised their first crop, men of other kinds might have been sent as fast as there was need for their services. 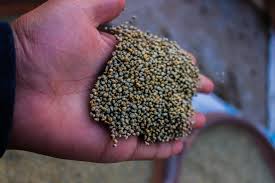 But that was not the way in which the London Company went to work. They chose for their first settlers about the most unfit men they could have found for such a purpose. There were one hundred and five of them in all, and forty-eight of them--or nearly half of the whole company--were what people in those days called "gentlemen"--that is to say, they were the sons of rich men. They had never learned how to do any kind of work, and had been brought up to think that a gentleman could not work without degrading himself and losing his right to be called a gentleman. There were a good many "servants" also in the party, and probably most of them were brought to wait upon the gentlemen. There were very few farmers and not many mechanics in the party, although farmers and mechanics were the men most needed. There were some goldsmiths, who expected to work the gold as soon as the colonists should find it, and there was a perfume-maker. It is hard to say in what way this perfume-man was expected to make himself useful in the work of planting a settlement in the swamps of Virginia; but, as there were so many fine "gentlemen" in the party, the perfumer probably thought his wares would be in demand.

None of the men brought families with them. They were single men, who came out to this country, not to make comfortable homes for wives and children, by hard and patient work, but to find gold and pearls, or to grow rich in some other quick and easy way, and then to go back and live in ease in England.

It is a wonder that such men ever succeeded in planting a settlement at all. From the first it does not seem to have been clear to them that they ought to raise plenty of food for themselves and learn how to live by their own work. They expected the company in London to send them most of their food and everything else that they needed. They had plenty of rich land and a good climate, but they expected to be fed by people three thousand miles away, across a great ocean.

Luckily, there was one man of sense and spirit among them--the celebrated Captain John Smith--who got them to work a little, and, after many hardships and two or three narrow escapes from failure, the colony was firmly planted.

The London Company sent out ships every year with supplies and fresh colonists; but, strange as it seems, most of the men sent were unmarried, and even those who had wives and children left them in England.

When we think of it, this was a very bad way to begin the work of settling a new country. The bachelors, of course, did not intend to stay all their lives in a country where there were no women and children. They meant to make some money as quickly as they could and then go back to England to live. The married men who had left their families behind them were in still greater haste to make what they could and go home. In short, for a dozen years after the colony was planted, nobody thought of it as his real home, where he meant to live out his life. If the colonists had been married men, with wives and children in Virginia, they would have done all they could to make the new settlement a pleasant one to live in: they would have built good houses, set up schools, and worked hard to improve their own fortunes and to keep order in the colony.

But year after year the ships brought cargoes of single men to Virginia, and the settlement was scarcely more than a camp in the woods. After the company had been trying for a good many years to people a new country by landing shiploads of bachelors on its shores, it began to dawn upon their minds that if the Virginia settlement was ever to grow into a thriving and lasting colony, there must be women and children there to make happy homes, as well as men to raise wheat, corn, and tobacco.

Sir Edwin Sandys was the wise man who saw all this most clearly. He urged the company to send out hard-working married men, who would take their wives and children with them to Virginia and settle there for good. But this was not all. There were already a great many bachelors in the colony, and there were no young women there for them to marry. Sir Edwin knew that if these bachelors were to stay in Virginia and become prosperous colonists they must have a chance to marry and set up homes of their own. So he went to work in England to get together a cargo of sweethearts for the colonists. He persuaded ninety young women of good character to go out in one of the company's ships, to marry young men in Virginia.

The plan was an odd one, but it was managed with good sense and did well for everybody concerned. It was agreed that the company should provide the young women with such clothing and other things as they would need for the voyage, and should give them free passage on board the ship. When they landed in Virginia they were to be perfectly free to marry or not, as they pleased. If any of them did not at once find husbands to their liking they were to be provided for in good homes until they chose to marry.

But no man could marry one of these young women without paying for her in tobacco, which was used instead of money in Virginia. The girls were not to be sold, exactly, but it was expected that each colonist who married one of them should pay the company as much as it had spent in bringing her across the ocean.

And the men of the colony were glad enough to do this. When the shipload of sweethearts landed at Jamestown a large number of men who were tired of bachelor life hurried to the wharf to get wives for themselves if they could. They went among the young maids, introduced themselves, got acquainted, and did all the courting that was necessary in a very little time. The young women were honest, good, well-brought-up girls, and among the many men there were plenty of good, industrious, and brave fellows who wanted good wives, and so all the girls were "engaged" at once. The men paid down one hundred and twenty pounds of tobacco apiece--for that was the price fixed upon--and, as there was nothing to wait for, the clergymen were sent for and the weddings took place immediately.

It was an odd thing to do, of course, but the circumstances were very unusual, and the plan of importing sweethearts by the cargo really seems to have been a very good one. It must have been a strange sight when the girls landed and met the men who had come to the town to woo and marry them. And many of the girls must have felt that they took great risks in coming three thousand miles from home and marrying men whom they had known for so short a time; but it seems that the marriages were happy ones, in spite of the haste in which they were made. The newly-married pairs went to work in earnest to create good homes for themselves, and when their English friends learned from their letters how happy and prosperous they were, another company of sixty sweethearts set sail for the colony and became the wives of good men.

It was in this way that the English camp at Jamestown was changed into a real colony of people who meant to live in America and to build up a thriving community here. Now that the men had wives and children to provide for, they no longer lived "from hand to mouth," hoping to make a fortune by some lucky stroke, and then to leave the colony forever. They went to work, instead, to cultivate the land, to build good houses, to make and save money, to educate their children, and to become prosperous and happy in their homes. Virginia, which had been a mere stopping-place to them, was now their own country, where their families lived and their nearest friends were around them. There they expected to pass their lives in efforts to better their own fortunes, and to make the country a pleasant one for their children and grandchildren after them to live in. They were anxious to have schools and churches, and to keep up right standards of morals and proper manners in the colony, so that their children might grow to be good and happy men and women.

That is the way in which the first English colony in America became prosperous, and many of the men who afterwards became famous in the history of the nation were the great-great-grandsons of the women whom Sir Edwin Sandys sent out as sweethearts for the colonists.

The Pilgrims, who settled at Plymouth about the time that all this happened, brought their families with them, and quickly made themselves at home in America. The planting of these two colonies--the first in Virginia and the second in Massachusetts--was the beginning from which our great, free, and happy country, with its fifty millions of people, has grown.