The Story Of A Remarkable
French Winter Campaign

Nearly all the countries in Europe were making war upon France in 1795. The French people had set up a republic, and all the kingdoms round about were trying to make them submit to a king again. This had been going on for several years, and sometimes it looked as though the French would be beaten, in spite of their brave struggles to keep their enemies back and manage their own affairs in their own way.

At one time everything went against the French. Their armies were worn out with fighting, their supply of guns had run short, they had no powder, and their money matters were in so bad a state that it seemed hardly possible for France to hold out any longer. In the meantime England, Austria, Spain, Holland, Piedmont, and Prussia, besides many of the small German states, had joined together to fight France, and their armies were on every side of her.

A country in such a state as that, with so many powerful enemies on every side, might well have given up; but the French are a brave people, and they were fighting for their liberties. Instead of giving up in despair, they set to work with all their might to carry on the war. 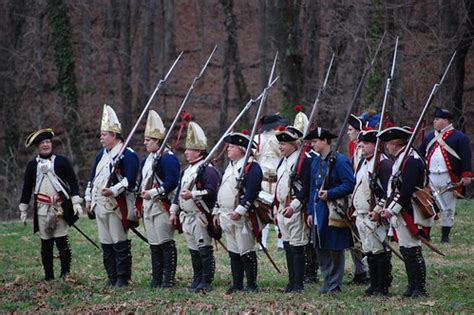 The first thing to be done was to raise new armies, and so they called for men, and the men came forward in great numbers from every part of the country. In a little while they had more men to make soldiers of than had ever before been brought together in France. But this was only a beginning. The men were not yet trained soldiers, and even if they had been, they had no guns and no powder; no clothing was to be had, and there was very little food for them to eat. Still the French did not despair.

Knowing that there would not be time enough to train the new men, they put some of their old soldiers in each regiment of new ones, so that the new men might learn from the veterans how to march and how to fight.

In the meantime they had set up armories, and were making guns as fast as they could. Their greatest trouble was about powder. They had chemists who knew how to make it, but they had no nitre to make it of, and did not know at first how to get any. At last one of their chemists said that there was some nitre--from a few ounces to a pound or two--in the earth of every cellar floor; and that if all the nitre in all the cellar floors of France could be collected, it would be enough to make plenty of powder.

But how to get this nitre was a question. The cellar floors must be dug up, the earth must be washed, and the water must be carefully passed through a course of chemical treatment in order to get the nitre, free from earth and from all other things with which it was mixed. It would take many days for a chemist to extract the nitre from the earth of a singly cellar, and then he would get only a pound or two of it at most.

It did not seem likely that much could be done in this way, but all the people were anxious to help, and so the cry went up from every part of the country, "Send us chemists to teach us how, and we will do the work and get the nitre ourselves." This was quickly done. All the chemists were set at work teaching the people how to get a little nitre out of a great deal of earth, and then every family went to work. In a little while the nitre began to come in to the powder-factories. Each family sent its little parcel of the precious salt as a free gift to the country. Some of them were so proud and glad of the chance to help that they dressed their little packages of nitre in ribbons of the national colors, and wrote patriotic words upon them. Each little parcel held only a few ounces, or at most a pound or two, of the white salt; but the parcels came in by tens of thousands, and in a few weeks there were hundreds of tons of nitre at the powder-mills.

As soon as there was powder enough the new armies began to press their enemies, and, during the summer and fall of 1794, they steadily drove them back. When they met their foes in battle they nearly always forced them to give way. They charged upon forts and took them at the point of the bayonet; cities and towns everywhere fell into their hands, and by the time that winter set in they were so used to winning battles that nothing seemed too hard for them to undertake.

Suffering In The Winter Quarters

But the French soldiers were in a very bad condition to stand the cold of winter. One great army, under General Pichegru, which had driven the English and Dutch far into the Netherlands, was really almost naked. The shoes of the soldiers were worn out, and so they had to wrap their feet in wisps of straw to keep them from freezing. Many of the men had not clothing enough to cover their nakedness, and, for decency's sake, had to plait straw into mats which they wore around their shoulders like blankets. They had no tents to sleep in, but, nearly naked as they were, had to lie down in the snow or on the hard frozen ground, and sleep as well as they could in the bitter winter weather.

There never was an army more in need of a good rest in winter-quarters, and as two great rivers lay in front of them, it seemed impossible to do anything more until spring. The English and Dutch were already safely housed for the winter, feeling perfectly sure that the French could not cross the rivers or march in any direction until the beginning of the next summer.

The French generals, therefore, put their men into the best quarters they could get for them, and the poor, half-naked, barefooted soldiers were glad to think that their work for that year was done.

Day by day the weather grew colder. The ground was frozen hard, and ice began running in the rivers. After a little while the floating ice became so thick that the rivers were choked with it. When Christmas came the stream nearest the French was frozen over, and three days later the ice was so hard that the surface of the river was as firm as the solid ground.

Then came an order from General Pichegru to shoulder arms and march. In the bitterest weather of that terrible winter the barefooted, half-clad French soldiers left their huts, and marched against their foes. Crossing the first river on the ice, they fell upon the surprised Dutch and utterly routed them. About the same time they made a dash at the strong fortified posts along the river, and captured them.

The French were now masters of the large island that lay between the two rivers, for they are really only two branches of one river, and the land between them is an island. But the ice in the farther stream was not yet hard enough to bear the weight of cannon, so Pichegru had to stay where he was for a time. Both sides now watched the weather, the French hoping for still harder frosts, while their enemies prayed for a thaw.

The cold weather continued, and day by day the ice became firmer. On the 8th of January, 1795, Pichegru began to cross, and on the 10th his whole army had passed the stream, while his enemies were rapidly retreating. He pushed forward into the country, sending his columns in different directions to press the enemy at every point. The barefooted, half-naked French soldiers were full of spirit, and in spite of frost and snow and rough frozen roads they marched steadily and rapidly. City after city fell before them, and on the 20th of January they marched into Amsterdam itself, and were complete conquerors.

Hungry and half-frozen as they were, it would not have been strange if these poor soldiers had rushed into the warm houses of the city and helped themselves to food and clothing. But they did nothing of the kind. They stacked their arms in the streets and public squares, and quietly waited in the snow, patiently bearing the bitter cold of the wind for several hours, while the magistrates were getting houses and food and clothing ready for them.

This whole campaign was wonderful, and on almost every day some strange thing happened; but, perhaps, the strangest of all the events in this winter war was that which is shown in the picture. Pichegru, learning that there was a fleet of the enemy's vessels lying at anchor near the island of Texel, sent a column of cavalry, with some cannon, in that direction, to see if anything could be done. The cavalry found the Zuyder Zee hard frozen, and the ships firmly locked in the ice. So they put spurs to their horses, galloped over the frozen surface of the sea, marched up to the ships, and called on them to surrender. It was a new thing in war for ships to be charged by men on horseback; but there the horsemen were, with strong ice under them, and the ships could not sail away from them. The sailors could make a fight, of course, but the cavalry, with their cannon, were too strong for them, and so they surrendered without a battle, and for the first time in history a body of hussars captured a squadron of ships at anchor.