THE BOYHOOD OF DANIEL WEBSTER

[For some of the materials used in this sketch I am indebted to the work entitled "The Boyhood of Great Men," by John G. Edgar, published by Messrs. Harper & Brothers.]

Daniel Webster, the great statesman, orator, and lawyer, was born on the 18th of January, 1782.

His father lived near the head-waters of the Merrimac River, and the only school within reach was a poor one kept open for a few months every winter. There Webster learned all that the country schoolmaster could teach him, which was very little; but he acquired a taste which did more for him than the reading, writing, and arithmetic of the school. He learned to like books, and to want knowledge; and when a boy gets really hungry and thirsty for knowledge it is not easy to keep him ignorant. When some of the neighbors joined in setting up a little circulating library, young Webster read every book in it two or three times, and even committed to memory a large part of the best of them. It was this eagerness for education on his part that led his father afterwards to send him to Exeter to school, and later to put him into Dartmouth College.

There are not many boys in our time who have not declaimed parts of Webster's great speeches; and it will interest them to know that the boy who afterwards made those speeches could never declaim at all while he was at school. He learned his pieces well, and practised them in his own room, but he could not speak them before people to save his life. 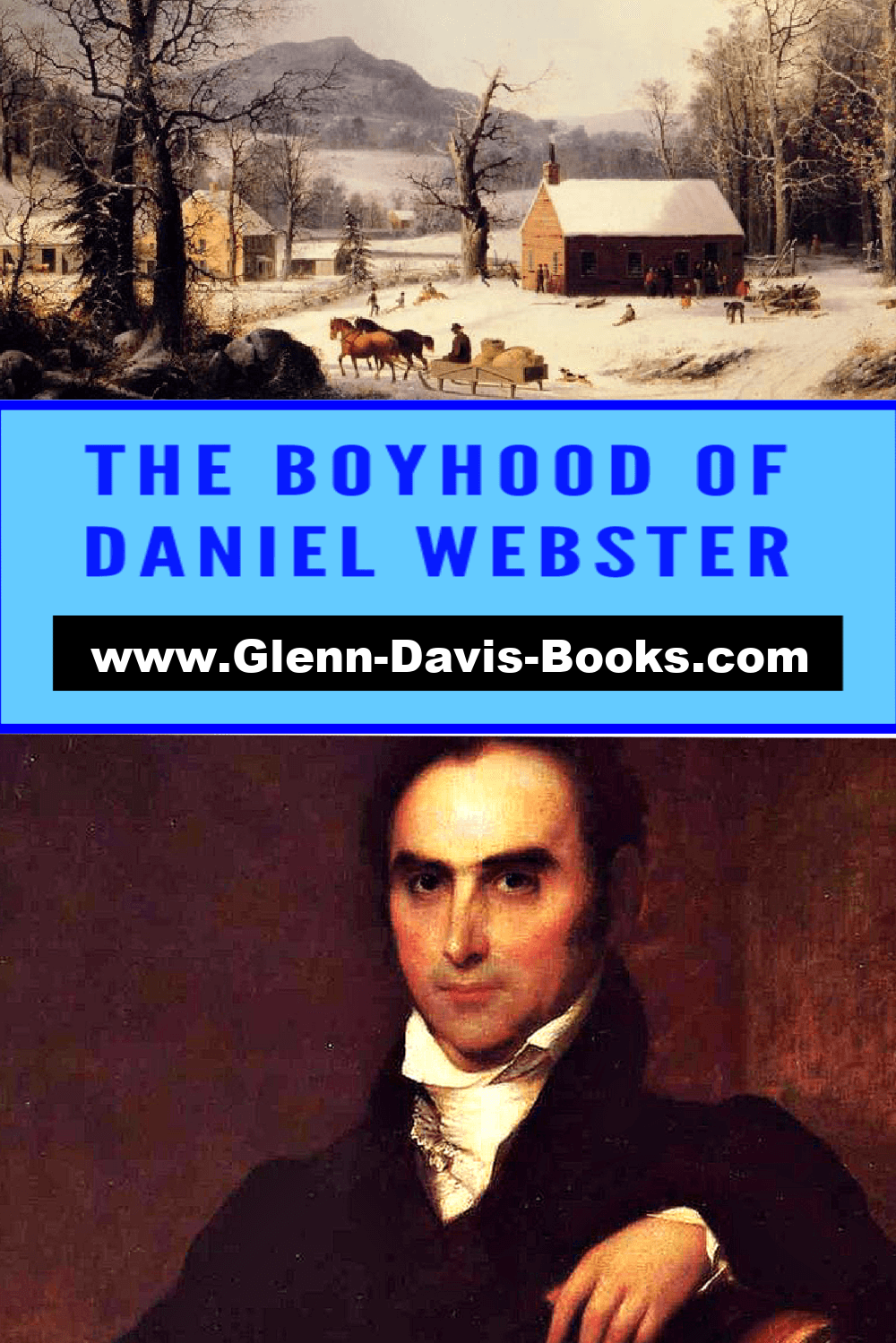 Webster was always fond of shooting and fishing, and, however hard he studied, the people around him called him lazy and idle, because he would spend whole days in these sports. Once, while he was studying under Dr. Woods to prepare for college, that gentleman spoke to him on the subject, and hurt his feelings a little. The boy went to his room determined to have revenge, and this is the way he took to get it. The usual Latin lesson was one hundred lines of Virgil, but Webster spent the whole night over the book. The next morning before breakfast he went to Dr. Woods and read the whole lesson correctly. Then he said:

"Will you hear a few more lines, doctor?"

The teacher consenting, Webster read on and on and on, while the breakfast grew cold. Still there was no sign of the boy's stopping, and the hungry doctor at last asked how much farther he was prepared to read.

"To the end of the twelfth book of the AEneid," answered the "idle" boy, in triumph.

After that, Webster did not give up his hunting and fishing, but he worked so hard at his lessons, and got on so fast, that there was no further complaint of his "idleness." He not only learned the lessons given to him, but more, every day, and besides this he read every good book he could lay his hands on, for he was not at all satisfied to know only what could be found in the school-books.

Webster's father was poor and in debt, but finding how eager his boy was for education, and seeing, too, that he possessed unusual ability, he determined, ill as he could afford the expense, to send him to college. Accordingly, young Daniel went to Dartmouth.

Many anecdotes are told to illustrate the character of young Dan. He was always lavish of his money when he had any, while his brother was careful but generous, especially to Dan, whom he greatly admired. On one occasion the boys went to a neighboring town on a high holiday, each with a quarter of a dollar in his pocket.

"Well, Dan," said the father on their return, "what did you do with your money?"

"Spent it," answered the boy.

"And what did you do with yours, Zeke?"

"Lent it to Dan," was the answer. The fact was that Dan had spent both quarters.

Young Webster was very industrious in his studies, as we have seen, and he was physically strong and active as his fondness for sport proved; but he could never endure farm-work. One day his father wanted him to help him in cutting hay with a scythe; but very soon the boy complained that the scythe was not "hung" to suit him; that is to say, it was not set at a proper angle upon its handle. The old gentleman, adjusted it, but still it did not suit the boy. After repeated attempts to arrange it to Dan's liking, the father said, impatiently, "Well, hang it to suit yourself." And young Dan immediately "hung" it over a branch of an apple-tree and left it there. That was the hanging which pleased him.

After finishing his college course Webster began studying law, but having no money, and being unwilling to tax his father for further support, he went into Northern Maine, and taught school there for a time. While teaching he devoted his evenings to the work of copying deeds and other legal documents, and by close economy managed to live upon the money thus earned, thus saving the whole of his salary as a teacher. With this money to live on, he went to Boston, studied law, and soon distinguished himself. The story of his life as a public man, in the senate, in the cabinet, and at the bar, is well known, and does not belong to this sketch of his boyhood.