Below is a back story description of the government in my fictional El Empire. If you are interested in my view of civil government in the real world, read: What Is The Biblical Style Of Civil Government?

In the year 4526, the El Empire was formed as three planets entered into a covenant, called the El Covenant, to unite and rule their worlds using the Book of El as their constitution, with the Moral Laws of El being the Base Law on which all other laws are simply practical applications. Any law found in contradiction to the Base Law is invalid. 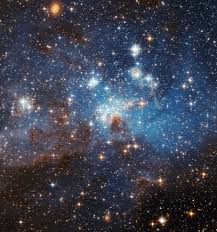 The El Empire has since grown to include thousands of planets - or in some cases, only specific countries on a planet. Each planet or country is a voluntary member agreeing to live by the El Covenant. Each planet or country contributes about 1 % of the taxes collected to maintain the El Empire, its military protection, interplanetary police forces and the overall justice system. However, they are self-governing with their Application Laws.

The primary function of the El Empire is to pursue, capture and try interplanetary criminals.  It is also the final court of appeal if someone is challenging an Application Law as a violation of the Base Law and is not able to resolve it on a local level. The Emperor can also declare war or make peace with any country, planet or association of planets [like the Tricot Empire], which threatens the security of the El Empire and/or its member planets/countries. All member planets/countries are required to support such initiatives.

A planet or country may request admittance into the El Empire by its governmental authority [whatever form that takes in individual cases] OR by a 75% vote of the adult population. To join the El Empire, an applicate must pledge to live by and uphold the El Covenant. Citizens of member planets/countries are eligible to apply to work in the government of El Empire to serve in its military or its police and justice services. To withdraw from the El Empire requires BOTH the request of withdrawal by the governmental authority and a vote by 60% of the adult population.

The symbol of the El Empire is two semi-transparent hands holding the stars and planets of the Empire.

The El Empire is ruled by an Emperor from the royal city of Royiana. The Emperor usually holds the position for life unless he or she chooses to retire or is removed for Just Cause. The oldest son or daughter usually inherits the office of the Emperor, but this is by no means guaranteed and must be confirmed by the Council Of The Twelve.

The Emperor has complete control over making Application Laws and any activities concerning the El Empire. He or She is also the final court of appeal of the Justice System. The Emperor has a court of advisors who are experts in various aspects of Law, the Military, Policing, and the Court System. The only appeal over the Emperor is a challenge that their action or decision violates Base Law. This serious charge is presented to the Council Of The Twelve for a final decision.

If the Emperor is not removed for Just Cause, he or she can name their successor, often the oldest son or daughter, but not necessarily. This recommendation is given high importance but must be confirmed by the Council Of The Twelve after an investigation to determine if the recommended individual is competent and eligible to be the Emperor.

To qualify as a potential Emperor candidate, the person must have all the following qualities:

a. must prove through knowledge and action that they are a committed Eler,

b. must have a thorough knowledge of Base Law and Application Law as it relates to the Empire,

c. must be competent to govern, and

d. must not be or have been a member of the Council Of The Twelve.

The Council Of Twelve

The Council Of The Twelve consists of:

6. The Base Law Advisor

All 12 members must meet and maintain the first three qualifications of being an Emperor in their personal and professional lives.